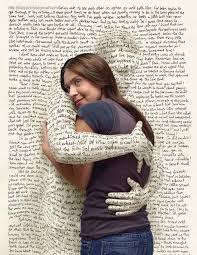 Friends allow God to embrace you through “The Word”, his son Jesus Christ. As you get to know the Lord more by studying and owning the promises contained in the scriptures, a love relationship happens that you can actually feel “The Word” embracing you.

The assurance of his presence, confidence in his ability to do what he says he will do, total trust in him to shield, protect, sustain, provide, promote, enable, heal and so much more is just some of the many benefit of a relationship with love personified, our Lord Jesus Christ who loves us unconditionally.

I can’t but emphasize this enough friends, Jesus loves you and want to have a relationship with you. Its like the most handsome guy on the block doting on you, then imagine he who created the whole Universe and all in it asking you out. How awesome to know that you are loved unconditionally, no matter what you do or do not do, now or in the past, nothing is capable of separating you and I from the love of God.

Oh! I feel love, I feel joy and happiness. I am walking on the cloud drunk with love, joy and contentment in the arm of my maker, creator, lover of my soul, Most High God, all knowing, all seeing, only wise God, to whom be glory, honor, and adoration. 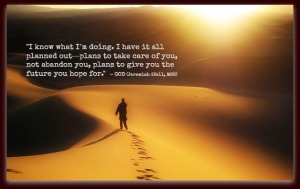 All things are possible with faith!

Just a thought,  it crossed my mind in the shower this morning. Just thinking about preordination, predestined, God’s plan and purpose in the affairs of mankind. Do we really have a choice, a say? Is it fair considering the limited knowledge we have of the agenda of heaven? Read Genesis 38: 1-30

Judah, the fourth born of an unloved woman, had two sons. His first born son Er got married but was wicked in God’s eyes, so the Lord put him to death without a child to carry on his name. Then came along Onan, Judah’s second son, to raise up offspring for Er, his late brother. Onan, however was self-centered and spilled his semen on the ground to avoid providing his brother an offspring according to the tradition. This was wicked in God’s eyes and so he too was put to death. God has great plans, however He will not hesitate punishing every and any act of unrepentant wickedness.  Repent of every disobedience or you will be erased from the agenda of heaven. The Most High God is Supreme!

The third child Shelah was but a child and Judah afraid of losing all three kids sent this woman back to her fathers house. Tamar, twice a widow, had lost the husband of her youth, her first love, and her brother-in-law redeemer to death. Just picture her in this present time, imagine the horror and torture of soul and all the snickering looks and small talk here and there in her community. Tamar in her widow robe, alone and lonely, condemned to die an unfulfilled life. She must have been horrified and desperate to take the route she took to ensure her life counts – just a child to love Lord she must have prayed with tears and agony of soul.

She took matters in her hands, when she heard that her mother in law had died and her father in law had been grieving. Judah is alone now but for the young teenager Shelah, who by now could father a child but for the fear of losing everything was shielded. Judah sought out presumably an harlot to satisfy his flesh, but God used that single contact of an old man to produce twin sons, that two young men could not provide in their lifetime. How can? What happened here?

God had ordained that out of Judah, meaning “This time I will praise the Lord”, his son, the savior, Jesus Christ would come to the world. His eldest two sons were wicked, God already ordained it and made sure every situation and circumstance led to the birth of Perez and Zerah. In the account of this birth, Zerah wanted to come out first with his hand out of the birth carnal, however Perez beat him to it, he couldn’t have come out with his hands.

Perez is in the lineage of the Messiah, so is Rahab – the harlot,Ruth – widow , Bathsheba – adulterer. These are all  women who have got stories to tell, I know they would not have chosen this route but it was thrust on them by life and they made the best of it. Can you imagine Rahab, having received the spies in her brothel in Jericho saying the Lord had given Jericho to the hands of Israel Joshua 2:1-21. Hebrew 11:31 By faith the prostitute Rahab, because she welcomed the spies, was not killed with those who were disobedient. How could a prostitute in active duty be referred to as having faith? I am baffled!

Why these emphasis? I want you to know that everything has a purpose, there is a reason for all that is going on around you as a true child of God. Life sometime could be like a puzzle with missing pieces here and there, ‘cos if God should show us step by step into our future, we most likely will be discouraged and opt out of the purpose for which we are created.

If Joseph had known he would be sold into slavery, wrongly accused and imprisoned before the sun, the moon and eleven stars bow down to him, do you think he will willingly take the supplies to his brothers? Capital no! I wouldn’t, neither will most. That is why God only shows us enough of the future just to keep us going. Only total trust, hope and faith in the Sovereignty of God and his loving kindness can sustain us when bombarded with the tests of life.

Put your trust in God. He knows your beginning, your past, where you are presently, your desired destination and yet He has a part in His agenda, a plan and a purpose for you to fulfill. Seek His face for direction, he will show you the next step, he will guide you with the light of his word. Trust thou in the Lord and lean not on your own understanding. Commit your ways unto the Lord and He will grant you the desires of your heart. Jesus is Lord!