Friends are you discouraged? Does it seem like nothing makes sense? Are things the way they should be or does it seem your world is upside down? Hold on! It is about to change for the better and the glory of God’s name. Your destiny is been fulfilled right before your very eyes.

You see friends no word of God will come back to Him void. Everything is going according to heavens agenda. Hiccup? Don’t panic, God is about lifting up a Jehoiada in strength and zeal for the fulfillment of God’s plan and purpose for your life. Relax!

10 Now when Athaliah the mother of Ahaziah saw that her son was dead, she arose and destroyed all the royal heirs of the house of Judah. 11 But Jehosheba the daughter of the king, took Joash the son of Ahaziah, and stole him away from among the king’s sons who were being murdered, and put him and his nurse in a bedroom. So Jehosheba, the daughter of King Jehoram, the wife of Jehoiada the priest (for she was the sister of Ahaziah), hid him from Athaliah so that she did not kill him. 12 And he was hidden with them in the house of God for six years, while Athaliah reigned over the land.

Athaliah, the Kings mother you would think would ensure her late son has an heir to sit on the throne! I thought so too, but alas consumed with rage and wickedness, she proceeded to kill the entire royal family of the house of Judah.

She was an agent of the devil sent to prevent David having an heir to sit on the throne forever before God as He has promised. Jesus was ordained to come through the lineage of Judah – David, so the Kings mother planted by Satan in the royal family set out to thwart God’s plan.

23 In the seventh year Jehoiada strengthened himself, and made acovenant with the captains of hundreds: Azariah the son of Jeroham, Ishmael the son of Jehohanan, Azariah the son of Obed, Maaseiah the son of Adaiah, and Elishaphat the son of Zichri. 2 And they went throughout Judah and gathered the Levites from all the cities of Judah, and the chief fathers of Israel, and they came to Jerusalem. 3 Then all the assembly made a covenant with the king in the house of God. And he said to them, “Behold, the king’s son shall reign, as the Lord has said of the sons of David. 4 This is what you shall do: One-third of you entering on the Sabbath, of the priests and the Levites, shall bekeeping watch over the doors; 5 one-third……..

Do you get it now friends? The repairer of broken covenant/ walls is on your case!. That which was meant to steal, kill and destroy your destiny is making room for the fulfillment of your God ordained destiny.

A Jehosheba and Jehoiada are on your case. Your concern right now should be to align your heart with heaven by positioning yourself to be blessed. You will fulfill your God ordained destiny!

All the storm’s buffeting you here and there were meant to push you into your destiny. You would not have been a willing participant anyways! A mighty hand was employed to prepare, prune and tend your heart to be able to stand. Stand you will with courage!!!!! You were created for a wonderful purpose, don’t be discouraged.

Can you see yourself walking in that destiny? Envision yourself mounting on wings like eagle, treading on your high places, mountains and hills are been made low before you, water is coming out of the rock at your command. Can you yet see it? Is it getting clearer? Great! Rejoice and be glad working out your salvation with fear and trembling.

If you cannot see it friends, then you need to come to the light of Him who sees everything! Jesus Christ our Lord! You have to acknowledge your sin and your need for a savior.  Roman 3:23 For all have sinned and fall short of the glory of God. Romans 5:12 But God demonstrates His own love towards us, in that while we were yet sinners Christ died for us.

Repent therefore of your sins, believe in the Lord Jesus, confess His Lordship over your life and you will begin to see clearly in the light of His word.

Be rest assured friends that He who promised is faithful to accomplish all that He says. It is already settled in heaven so rejoice and be glad. You are highly favored!

This is a beautiful poem,truthfully relating to the tumult of emotion of a healthy human heart.

A Poem by Olumegbon(Please stop by and read this outstanding writer. Real life story will break our hearts)

Just a bit of my perception

The hope and quick disappointment,
The joy of birth and tears of death,
The green feelings and withered love,
The smooth relationships and painful heartbreak,
The deep trust and sudden betrayal,
The sacrifices and efforts that vanishes in vain,
The lies told to put bread on the table,
Would that be a sin?
Or a means of survival?
The ones we deceived just to look righteous,
Scared of their response to our flaws,
The self-guilt it conceived in us,
A burden we carry forever,
The hard-work and daily stress in the pursuit of vanity,
Nothing is right,
How do you feel when you take a life?
Lie to a brother?
Steal from a friend?
Hurt a lover?
Disappoint a mother?
Betray a…

1 I look up to the mountains—    does my help come from there?2 My help comes from the Lord,    who made heaven and earth!

5 The Lord himself watches over you!    The Lord stands beside you as your protective shade.6 The sun will not harm you by day,    nor the moon at night. 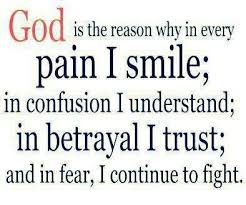 I continue to fight on, knowing fully well that I will take hold of all that has been promised. I will not faint nor be weary for my redeemer lives. I will rejoice and be glad, exalting your Holy name oh Lord.

My hope is built on nothing less
Than Jesus Christ, my righteousness;
I dare not trust the sweetest frame,
But wholly lean on Jesus’ name.

When darkness veils His lovely face,
I rest on His unchanging grace;
In every high and stormy gale,
My anchor holds within the veil.

His oath, His covenant, His blood,
Support me in the whelming flood;
When all around my soul gives way,
He then is all my hope and stay

When He shall come with trumpet sound,
Oh, may I then in Him be found;
In Him, my righteousness, alone,
Faultless to stand before the throne 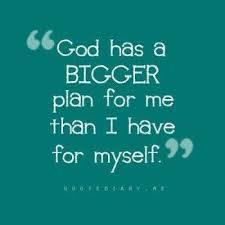 3“Listen to me, descendants of Jacob,
all you who remain in Israel.
I have cared for you since you were born.
Yes, I carried you before you were born.
4 I will be your God throughout your lifetime—
until your hair is white with age.
I made you, and I will care for you.
I will carry you along and save you.

5 “To whom will you compare me?
Who is my equal?

Nobody can be compared to the Lord, the King Eternal, the Ancient of Days, the Immovable rock of ages, the everlasting King of Kings, the immortal, invincible, the only wise God. He alone is worthy of all praises, honor and adoration. I marvel at your loving kindness,your grace to see us through every stormy seas. You are worthy oh Lord!

What more can I ask for? God carried me before I was born, cared for me since I was born, he is carrying me now and will throughout my lifetime, until my hair is white with age having enjoyed life to the fullest in His presence, seeing my children and children’s children do great and mighty things in the house of the Lord.

What more could I ever ask for or want other than this God of more than enough! Jehovah “Effizy” coined word for exceedingly, abundantly, far above all we could ever think or ask. The topping or icing on the cake, the extra sufficiency of Omnipotent, omnipresent and gracious Father.

Be encouraged my friends, we have a great and mighty God that is more than enough in all situation and circumstances we could ever find ourselves. Once we trust and call on him, he will guide and guard us to the right part and will sustain us.

Draw near unto the Lord and He will draw near to you!

The Importance of Attitude

This may shock you, but I believe the single most significant decision I can make on a day-to-day basis is my choice of attitude. It is more important than my past, my education, my bankroll, my successes or failures, fame or pain, what other people think of me, or say about me, my circumstances, or my position. The attitude I choose keeps me going or cripples my progress. It alone fuels my fire or assaults my hope. When my attitudes are right, there’s no barrier too high, no valley too deep, no dream too extreme, no challenge too great for me.

Yet we must admit that we spend more of our time concentrating and fretting over the things that can’t be changed than we do giving attention to the one that we can change, our choice of attitude. Stop and think about some of the things that suck up our attention and energy, all of them inescapable: the weather, the wind, people’s action and criticisms, who won or lost the game, delays at airports or waiting rooms, x-ray results, gas and food costs.

Quit wasting energy fighting the inescapable and turn your energy to keeping the right attitude. Those things we can’t do anything about shouldn’t even come up in our minds; the alternative is ulcers, cancer, sourness, depression.

Let’s choose each day and every day to keep an attitude of faith and joy and belief and compassion.

Take charge of your own mind!

The most significant decision we can make today is our choice of attitude. —Chuck Swindoll

Trust in the Lord with all your heart and lean not on your own understanding; in all your ways submit to him, and he will make your paths straight. Do not be wise in your own eyes, fear the Lord  and shun evil. This will bring health to your body and nourishment to your bones Proverbs 3:5-8

Our God is able to do exceedingly abundantly far above all we could ever ask or think. God is for us and not against us as some may think. He is working it out for us to the glory of His name alone. Hallelujah!

Shalom to you my friends!