2 Chronicles 18 from verse 1, King Ahab and King Jehoshaphat were getting ready to go to war. King Jehoshaphat who was a visiting monarch told King Ahab they must inquire of the Lord before embarking on their trip, yes trip because they might not come back. All 4oo prophets called by Ahab unanimously prophesied victory in battle. Jehoshaphat, being a faithful child of God knew the prophecy was far from accurate. He asked, “Is there not still a prophet of the Lord that we may inquire of Him” Why did Jehoshaphat asked for another prophet? Were 400 prophets not enough to prophesy with regard to a single war? Why did he sensed something was not right? 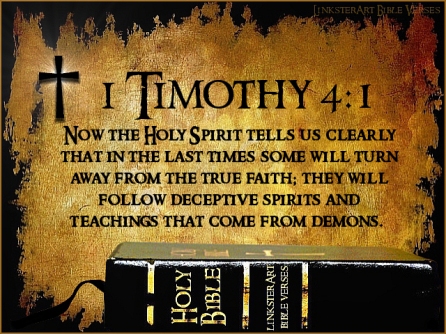 I believe that because all 400 prophet prophesied the same thing in favor of going to war kind of rings a bell in his mind. God always raises and uses one voice per time and season I propose. This is my observation in both old and new testament. At every season, God raises one Prophet to champion His cause from Joseph, the dreamer, Moses, Joshua, Gideon, Deborah, Nehemiah, Ezra, Elisha, Elijah, Esther, Jeremiah, Micaiah, Ruth, —- to John the baptist, Jesus the Messiah, the apostles from which Paul stood out. Prophets seem to be lone ranger, men and women of many sorrows, but with a heart of gold, purified and zealous for the things of God.

There will always be  many prophets but one, with one voice. The ability to test the spirit as instructed in the scriptures will help us in this generation.  I John 4;1 Dear friends, do not believe every spirit, but test the spirits to see whether they are from God, because many false Prophets have gone out into the world. Nowadays false prophets acknowledges that Jesus Christ has come in the flesh from God, but yet continue in wicked acts that can only be of the devil – the Antichrist.

False prophet will say something and turn around to do – act out another. These are those that sows doubt about God and that which pleases Him in the hearts of men. The will draw attention away from the Sovereign God unto themselves. They will seat in council as the Alpha and Omega. The true Prophet will be ridiculed by his “colleagues” like Zedekiah, the cream de la cream Prophet, who had already made a horn of iron for himself as stated in 2 Chronicles 18: 10. Zedekiah slapped Micaiah in verse 23. Micaiah was sentenced to eat the bread of affliction and drink water of affliction.

You will wonder! If I as a prophet have a different opinion from another, should I then castigate my colleague-fellow laborer in the Lords vineyard and ridicule the spirit of God in the process? Am I not then ridiculing God? This is what is going on in the body of believers now. We are so divided, without discernment to see the handwriting of the wicked one on the walls in our household – life, work, business, fellowship, marriages, Churches, and much more.

Why would Jehoshaphat still follow Ahab to war after hearing a different report from another Prophet? Why did he not question Ahab’s disguise? Was Jehoshaphat carried away by popular opinion?

In Luke 23:23 But with loud shouts they insistently demanded that he be crucified, and their shouts prevailed. The shouts of the people prevailed over the voice of God for just an instance as permitted by heaven and Jesus Christ was crucified.

Therefore, no strange voice, no matter how many, how loud and insistent, will prevail over you my friends. The shouts of multitude will not drown, or prevail over the voice of the Lord over your lives and destiny in Jesus name. Every voice of accusations, condemnation, opposition and judgment is thereby silenced right now in Jesus name.

Have a glory filled weekend!

My confession is thus and I am confident there in:

I am not an ordinary person

I am a child of destiny

Before I was formed in the womb, God knows me

Before I was born God sanctified me

God ordained me as a prophet to the nations

The Lord has put His Words in my heart and mouth

A bronze wall against the evil one

Against every form of wickedness

They will fight against me, but they will not prevail, never!

For the Lord is with me to deliver me!