The enemies of righteousness, truth, and justice have been shouting. On the mountaintop, the valley, hills, and plains! Everywhere you go, the voice can be heard “crucify him” in your case it may be crucify her! Voices of oppositions, accusations, and condemnation have been heard ahead of your entrance, along your walk, accompanying you at every turn, and behind you! Friends, be rest assured it will not prevail! They cannot prevail!

Yes! It shall not prevail for the word says in Isaiah 54:17 No weapon formed against you shall prosper, and every tongue which rises against you in judgment you shall condemn. This is the heritage of the servants of the Lord, and their righteousness is from Me,” Says the Lord.

The Lord Jesus, your Savior suffered the same faith! Luke 23:1 Then the whole multitude of them( the Pharisees, Sadducees, teachers of the Law, the religious, those living to maintain status quo on earth, with no thought of hereafter – eternity!)  arose and led Him to Pilate. 2 And they began to accuse Him, saying, “We found this fellow perverting the nation, and forbidding to pay taxes to Caesar, saying that He Himself is Christ, a King.” 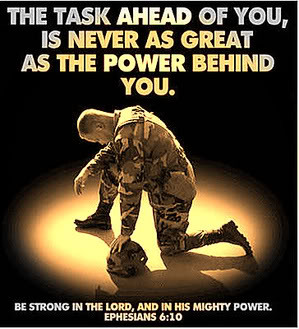 How they lied and schemes, tailing Christ every step to find him in an instant breaking the law, yet they failed. They however resorted to falsely accusing him. The Lord knew all the schemes, but for the Will of the Father to be fulfilled, He, Christ Jesus obliged their schemes. Jesus Christ allowed it!

Luke 23:21 But they shouted, saying, “Crucify Him, crucify Him!” Mark 15:13 So they cried out again, “Crucify Him!” Luke 23:23 But they were insistent, demanding with loud voices that He be crucified. And the voices of these men and of the chief priests prevailed.

Today, over your life and destiny, the voice of accusation, condemnation, opposition, and every other strange voice seizes over your life. Christ Jesus took it all, he allowed it to prevail over him so it will not prevail over you and I. Open your mouth and condemn every evil voice speaking against your life and destiny! Silence them! You have the authority and the power to do so in Christ Jesus!