David, a man after God’s heart was a man thriving under the most severe circumstances. He was never reckoned with in his family, relegated to shepherd flocks and would have missed out of destiny but for the Lord’s call upon his life.

1 Samuel 16:8 Then Jesse called Abinadab and had him pass in front of Samuel. But Samuel said, “The Lord has not chosen this one either.” 9 Jesse then had Shammah pass by, but Samuel said, “Nor has the Lord chosen this one.” 10 Jesse had seven of his sons pass before Samuel, but Samuel said to him, “The Lord has not chosen these.” 11 So he asked Jesse, “Are these all the sons you have?”“There is still the youngest,” Jesse answered. “He is tending the sheep.”Samuel said, “Send for him; we will not sit down until he arrives.”12 So he sent for him and had him brought in. He was glowing with health and had a fine appearance and handsome features.Then the Lord said, “Rise and anoint him; this is the one.”13 So Samuel took the horn of oil and anointed him in the presence of his brothers, and from that day on the Spirit of the Lord came powerfully upon David. Samuel then went to Ramah. 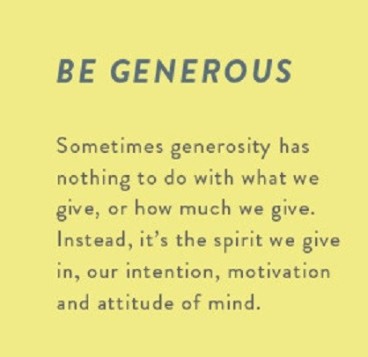 David went on to face and kill Goliath 1 Samuel 17, he escaped death from the hand of King Saul and avoided traps set for him – 1 Samuel 20,21,22,23,24,25,26, pressed on every side so much so that he flee to the Philistines for safety- 1 Samuel 27:1 But David thought to himself, “One of these days I will be destroyed by the hand of Saul. The best thing I can do is to escape to the land of the Philistines. Then Saul will give up searching for me anywhere in Israel, and I will slip out of his hand.”2 So David and the six hundred men with him left and went over to Achish son of Maok king of Gath. 3 David and his men settled in Gath with Achish. Each man had his family with him, and David had his two wives: Ahinoam of Jezreel and Abigail of Carmel, the widow of Nabal.4 When Saul was told that David had fled to Gath, he no longer searched for him.

Philistines has been enemies of Israel from time immemorial, yet it was with Philistine that David found solace, albeit temporarily. David was prepared to fight against his people, the Lord’s people to show his loyalty to those who gave him comfort. He would have been fighting against his maker had he not been sent back by the Philistines warlord, he would have displeased the Most High God.

God in His sovereignty sent him back to Ziklag. Friends, while David in solidarity with the Lord’s enemy rose up to fight against Israel, he opened himself up for the enemy to come in and dispossessed him. Had he not been sent back from going to war in 1 Samuel 29:6-11, he and his men would have lost their family and possessions forever.

What are you engaged in that is contrary to the will of God? What proposition are you making to subvert justice? Have you risen up against the peace of another, prosperity and breakthrough, promotion, marriage, ministry, life and destiny? Are you placing hindrances on others path? A stumbling block? Repent today! Stop striving with your maker. Israel sinned against God and had judgement passed upon them. King Saul and his generation after him had been rejected by God. Their death is imminent through the hands of their enemies, but not in coalition with David, an Israelite, anointed by God to reign after Saul. It would have seem that David was executing vengeance even though he did not call for war. He was only showing solidarity, yet God who weighs the intent of the heart, worked everything out to prevent David from committing sacrilege.

God was generous to David, his communion with God was not broken and hence he was able to inquire of the Lord, received instruction, acted upon it, met an abandoned member of the raiding party whom he showed mercy, and who ultimately led him to where all his possession was recovered.

David, being grateful for God’s mercy and generosity was then able to institute such among his fighting men as in 1 Samuel 30:22-31. Do you have such a heart friends? A merciful and generous heart! A heart that knows it is by God’s mercy, love and grace that we are who we are and as such are generous towards others in forgiveness, love, respect, honor, giving, sharing, encouragement, friendship, kindness,words etc!

Of such the Lord Most High seeks!!!