Genesis 37: 2 This is the account of Jacob’s family line. Joseph, a young man of seventeen, was tending the flocks with his brothers, the sons of Bilhah and the sons of Zilpah, his father’s wives, and he brought their father a bad report about them. 3 Now Israel loved Joseph more than any of his other sons, because he had been born to him in his old age; and he made an ornate robe for him. 4 When his brothers saw that their father loved him more than any of them, they hated him and could not speak a kind word to him.

I have explored the story of Joseph before on this blog, however I saw something different this morning. I wasn’t studying or anything, actually, I was having breakfast and the Lord opened me up to see what I am about to share with you.

Just think about this for a moment. How else can the Lord have saved the world in the days of the famine in Egypt? Remember that before we were born the Lord knew us. Jeremiah 1:5“Before I formed you in the womb I knew you, and before you were born I consecrated you; I appointed you a prophet to the nations.” The Lord knew a famine will come at some point and had prepared a vessel endowed with sight and wisdom to save the day in the person of Joseph, whom the devil fought tooth and nail to prevent from being born, living and fulfilling destiny.

Joseph’s mother was Rachel, his father, Jacob was deceived into waiting longer than expected to marry in Genesis 29. This was an attempt to make Jacob lose interest, and Joseph would not have been born I guess. Well, Joseph, as an Israelite would not have ventured into Egypt voluntarily as a young man, had he not been sold as a slave. He would have remained with his brothers.  God had to orchestrate events, situations and circumstances to put Joseph where his innate ability and gifting is required. 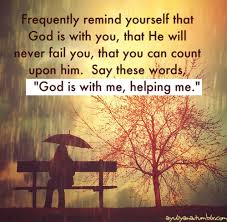 When Joseph finally got close to fulfilling his God given mandate in Egypt, he was a shadow of what you’ll expect of a restorer. Joseph came to Egypt as a slave in the house of Potipher. A thorn in his flesh in the person of Mrs Potipher enticed him to subvert his destiny and ultimately sent him to prison where God ordained to announce him to his world.

Assuming Pharaoh even paid Governor Potipher a visit, Joseph would not have been able to look him in the face. His head would have been bowed down as the King is carried by paying homage. Yet, this Joseph is he whom heaven had ordained to work with Pharaoh to save countless, to provide food for sustaining the entire world as at bible times.

As a believer, you may have found yourself in situations and circumstances that are not quite palatable, wondering how you got there. Please note that, every single detail of your life had been preplanned before you got here. Every single detail!!!!! You are just walking into it. Sometimes, you make detours where you are not meant to, though you are not aware, yet, you will still come back to where you ought to be. You have a preplanned route friend.  Everything works well together for your good, the bad, the good and the ugly as planned – Romans 8:28

God’s plan was to send a helper to Pharaoh also. Just imagine that! God loved Pharaoh! God knew all his magician, sorcerer and diviner would not be able to help him. God knew Pharaoh would need someone that will make it not about himself, but about the kingdom and its people. God knew, no matter how things are, Joseph will not get to Pharaoh’s presence, so God troubled Pharaoh with the dreams he had, caused discomfort within those in his service just to bring Joseph to his attention. Who and what are you seeing in your peripheral vision? What hints is the Lord dropping on your heart? What good is your heart stirring you to do? You would actually be helping yourself in the long run!! Take action my friend! Seize your Kairos moment! Be sensitive!

Where you are this moment, do you see God in the situation and circumstances around you? That man, woman, young people around you, what role are you meant to play in their life this very moment?

Just yesterday, at work, a client without warning blurted out, ” my husband cheated on me”. I was taken aback for some seconds, and then responded, “forgive him” I must have been repeating forgive him for a while, for when I realize what was in front of me, my client had brought out her phone, called an aunt and was saying to me, “that is what my aunt ….., said”. She put her aunt on the phone to listen to me. Things just do not happen by accident, God is a master planner. I mean, He made this whole world, will He now leave you and I to happenstance? The question is, when occasion present itself, will you rise up to be who you are meant to be at that very instance?

You may be here just to impact an individual, a family, group, nation, or the entire world! You may have missed many instances to prove the Lord faithful in the life of someone, pay attention henceforth to take hold of every situation for His glory. Among the countless thronging you, it may be just one individual that you have been ordained to turn aside to, like the woman with the issue of blood in Luke 8:43. May you not fail in that very instance! You are a watchman, a Prophet to your generation, it is time to arise and be! Live to be who you are created to be!

As 2017 is been folded away, and 2018 is unloading, seek God’s face for fresh insight, clearer vision, knowledge and understanding of His will, submit your will before Him who is able to fulfill it according to His divine plan for your life.

See you at the top, fulfilling your God ordained purpose in this awesomely awesome year 2018.