Discernment will guide you from sharing your dreams with your enemies like Joseph did with his brothers – Genesis 37:5 Even those that should love and celebrate the fact that you can dream at all may kick against your lofty dreams like Jacob did. No matter how Jacob kicked against it, regardless of the evil schemes of Joseph’s brothers, the Word of God came to pass. So shall the Word of God concerning you come to pass for the glory of His Holy name. Amen 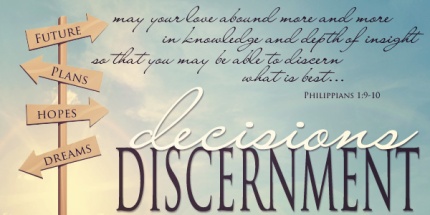 Saul was smart enough to keep the part about the anointing from his uncle. He took a cue from 1 Samuel 9:27 As they were going down to the outskirts of the city, Samuel said to Saul, “Tell the servant to go on ahead of us.” And he went on. “But you stand here awhile, that I may announce to you the word of God.” Many lack discernment and would ignore cues to avoid pitfalls. May the Lord himself guide us all. Amen

1 Samuel 10: 14 Then Saul’s uncle said to him and his servant, “Where did you go?” So he said, “To look for the donkeys. When we saw that they were nowhere to be found, we went to Samuel.” 15 And Saul’s uncle said, “Tell me, please, what Samuel said to you.” 16 So Saul said to his uncle, “He told us plainly that the donkeys had been found.” But about the matter of the kingdom, he did not tell him what Samuel had said.

Beware of those that act like they care for you and you know, kind of, its all a facade. They are only acting as such to know your plan so as to jeopardize you. Pray for discernment to see through such, but more importantly yourself, for the heart of man is desperately wicked, who can know it.

Revelation knowledge brings assurance, confidence, and peace. Lord release unto us access to hidden secrets that will accelerate the fulfillment of our destiny today in Jesus’s name. Amen. —- Culled from Pastor E. A. Adeboye, Open Heavens Devotional, May 2nd, 2018