1 Samuel 18:8 Saul was very angry; this refrain displeased him greatly. “They have credited David with tens of thousands,” he thought, “but me with only thousands. What more can he get but the kingdom?” 9 And from that time on Saul kept a close eye on David.

King Saul thought!!!! It was this seemingly insignificant ailment that became inimical to his destiny and that of his generation unborn. We must endeavor to watch our thoughts friends. We must not entertain evil in our hearts. For someone like me and many of you reading this, thoughts, deep thinking is like breathing, we think deeply about everything. We however, have to learn, by the help of the Holy Spirit to recognize those thoughts that is detrimental to our well being spiritually, emotionally and in all aspect.

Philippians 4:8 Finally, brothers and sisters, whatever is true, whatever is noble, whatever is right, whatever is pure, whatever is lovely, whatever is admirable—if anything is excellent or praiseworthy—think about such things. 9 Whatever you have learned or received or heard from me, or seen in me—put it into practice. And the God of peace will be with you. 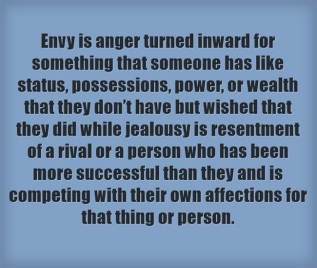 Envy, jealousy, fornication, adultery and all kinds of evil start from our thoughts, triggered by our senses, what we hear, see, touch, smell and taste. King Saul had no reason whatsoever to be envious or jealous of David. David was just a boy who killed just one giant, though a mighty one, yet King Saul could have taken it as a good thing, like, the Lord has raised up for me an helper, instead of been threatened. I wonder why a whole King could have felt the way Saul did? I mean, David was an inconsequential lad, from the poorest of the poorest, cause Eliab asked David who he put those few sheep with in the wilderness – 1 Samuel 17:28

Friends, just been you, developing yourself, doing what is needful, minding what has been committed into your hands, managing your lot as much as you can may bring unwarranted attack from places least expected. Those you expect to encourage you may end up as your greatest discouragement. I mean, when your teacher, professor ask you to drop out of school and threatens you, what greater discouragement? Remain hopeful though and trust God!

In an episode of the Highway To Heaven Series I saw not too long ago, about two wannabes boxers, one of them belong to a gang called Satan’s Helper’s or something of such. The other young man is a home boy been raised by his granddad. This young man put all his mind to training, putting himself in a place of readiness, while this other guy, the leader of the Satan’s cult was busy gallivanting round the town, and terrorizing the people. Yet, he wants to win, and what other way does he employ than to threaten this home boy that if he fights, then his granddad will be killed.

The Satan’s Helper’s went ahead and kidnapped granddad. This young man who has prepared all this while was dejected, he stayed in the ring taking the punches, knowing if he so much as raise his hands, his granddad will be killed or his legs broken. He was not aware that an angel was in their midst orchestrating and making sure he gets what he deserves. The Masked Rider and the towns people were rallied up to save the granddad. Just in the nick of time, in the last round, here comes the granddad into the arena. Curious? See it for yourself!

Friends, do yourself a favor, be watchful of your thoughts. Be sensitive in your spirit and make sure you bring every impure thoughts into the light of God’s word and ask for forgiveness. Every evil action taken start from our thought. Let us endeavor to win all battles in our minds and heart. Let love rule!!!!!

Proverbs 4:Above all else, guard your heart, for everything you do flows from it.