Acts 8:9 But there was a certain man called Simon, who previously practiced sorcery in the city and astonished the people of Samaria, claiming that he was someone great, 10 to whom they all gave heed, from the least to the greatest, saying, “This man is the great power of God.” 11 And they heeded him because he had astonished them with his sorceries for a long time. 12 But when they believed Philip as he preached the things concerning the kingdom of God and the name of Jesus Christ, both men and women were baptized. 13 Then Simon himself also believed; and when he was baptized he continued with Philip, and was amazed, seeing the miracles and signs which were done.

Friends, from the passage above, you would think and believe Simon’s conversion was genuine. You see friends, as human and as feeble as our emotions are, we want to belong! None of us want to be ostracized no matter how independent, wise, powerful or strong we are. We don’t want to be the only one out of the pack if we can avoid it.

Note that Simon had been a celebrity in Samaria, well known and celebrated by all until Philip came on the scene. Philip brought the real deal and everyone quickly saw the difference between darkness and light. They unanimously yielded to the light. The people believed the things they heard concerning the Kingdom of God and the name of Jesus Christ and were baptized.

Unfortunately, people are not hearing about the Kingdom of God and the name of Jesus today according to the Scriptures. What we hear these days, from the Catholic to the Protestant – Presbyterian, Pentecostal and all is more of self-marketing, promotion, traditions, and outright deviation from the truth of the Gospel.

It seems it’s the in thing to be a Christian now, to be born again, to be associated with truth, light, moral, right standing and all that many are willing and ready to pretend in order to belong without conviction and repentance of sin.

Simon was one and many more today declaring faith in the Kingdom of God and in the name of Jesus Christ, yet offering money to purchase positions in the Kingdom, miracles, and gifts of the Holy Spirit. In verse 18. And when Simon saw that through the laying on of the apostles’ hands the Holy Spirit was given, he offered them money, 19 saying, “Give me this power also, that anyone on whom I lay hands may receive the Holy Spirit.”

The gift of the Holy Spirit cannot be bought! Neither the fruit of the Spirit! How else can this be explained to you? We have all sinned and fall short of the glory of God – Romans 3:23. Every single one of us! However, there is provision for us to be saved, For God so loved the world that He gave us His beloved son – John 3:16! To everyone that believes in the Son of God – John 3:36, Salvation is guaranteed by faith alone. You cannot buy it, and if you fake it, time will tell! Faith can only come by hearing the word of God – Romans 10:17.

What word then are you hearing? Preachers! what word are you preaching? Are we seeing a transformation in ourselves? Are people been discipled? Or is it all about the money, position, numbers, activities? All these are not going to be in the book of records! Neither will it matter here when you are gone. Ask the super rich! They are soon forgotten! Every single one of us will be forgotten, only the lives we touch and how we make others feel about themselves will outlive us! Do not base your existence here on mammon! It will never satisfy you! It will make living easy, but contentment is from God! 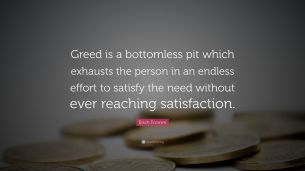 Acts 8:20 But Peter said to him, “Your money perish with you because you thought that the gift of God could be purchased with money! 21 You have neither part nor portion in this matter, for your heart is not right in the sight of God. 22 Repent therefore of this your wickedness, and pray God if perhaps the thought of your heart may be forgiven you. 23 For I see that you are (avaricious) poisoned by bitterness and bound by iniquity.” 24 Then Simon answered and said, “Pray to the Lord for me, that none of the things which you have spoken may come upon me.”

How very blessed you are friends! You have come to the last lap of this year! Take a breather and savor all that is yours! Look at the Lord’s blessings in your life! Can money buy those?

Take stock even as the Lord has brought you to the brink of a new year and dawn. Count your blessings, name them one by one, and it would surprise you what the Lord has done.

Let me bring things into perspective for you dear! Wealth is not in the amount of money in your account, the investment you have and the likes! Your worth and wealth is in those things you have that money can never buy! Your faith, ideas, vision, person, insight, and much more!

You are here this moment, alive, living, saved, sanctified, and ordained for great purposes. No amount of money could have bought you that!

Look at the aura around you! Can you see the invisible presence with you! Oh yes, I forgot you can’t see that, but others can!!! You carry the radiant glory of the creator!

You are beautifully and wonderfully made. You are in your right mind, good health, loving relationships, beautiful and handsome spouse, gorgeous children and grandchildren. And you singles, you have a handsome man dotting on you, a lovely lady who thinks the world of you! You have friends around you, more like family!

And, and!!! Think about the lives the Lord has touched through you! Your smile that made another smile! Your love was able to crack open a hardened heart! A loving touch, hugs, that tells someone God knows and cares for them!

What is your worth friends? Don’t get me wrong though! Money makes things happen, but the lack or abundance of it should not define your happiness or worth for that matter! You are worth more than rubies, gold, diamonds or any precious metals.

You are a person of integrity, intelligent, discerning, and wise! Ain’t no money buy that!

As we step into this new year, please see yourself as a very wealthy person, for you trully are! You are unbreakable by storms, purified by tempest, tested and passed, a change agent, reaching for more, unwavering in your faith!

You’ve really done very well my love! You are wealthy in ways money can never buy! Don’t you forget that!

Have an interesting new year friends, filled with pleasant surprises/discoveries, and fulfilling love. And abundance of all that pertains to life and godliness in Christ Jesus name. Amen 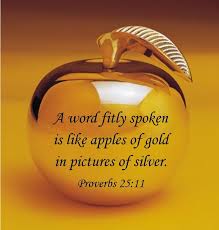 I am sanctified in Christ Jesus and called to be his Holy people.

I receive grace and peace from God the Father and my Lord Jesus Christ.

For in Christ Jesus, I have been enriched in every way with all kinds of speech and with all knowledge.

Therefore, I do not lack any spiritual gift as I eagerly wait for  my Lord Jesus Christ to be revealed.

He will also keep me firm to the end so that I will be blameless on the day of our Lord Jesus Christ.

God is faithful, who has called me into fellowship with his son Jesus Christ my Lord.